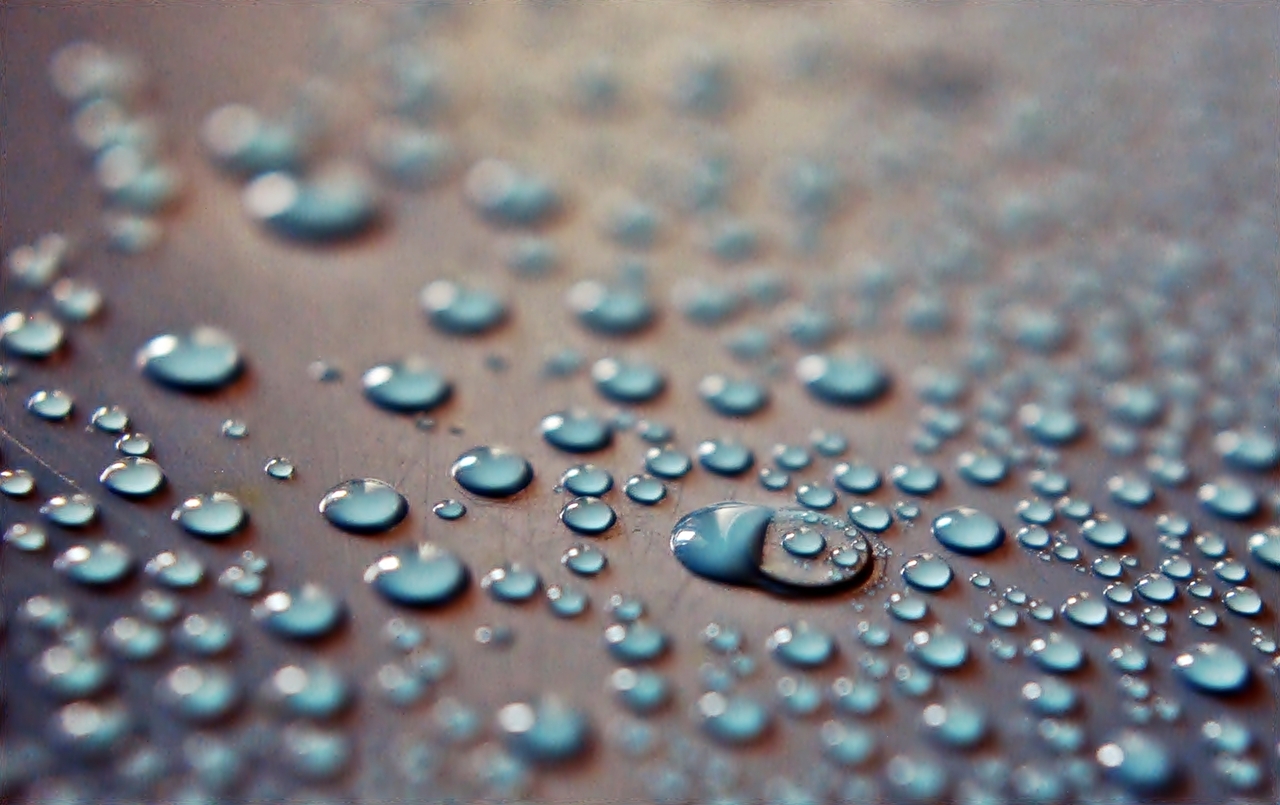 Condensation accounts for 70% of reported domestic damp and is undoubtedly a contributing cause of of damage to walls and furniture.

Condensation can commonly be attributed to a lack of balance between heating and ventilation, resulting in a rise in relative humidity. Air can hold more water vapour when warm than cold. As warm air is cooled, such as when the heating is switched off at night, it will deposit the water that it can no longer retain as condensation on a cold surface. A similar effect can be demonstrated by breathing onto a mirror or other cool surface.

An average family of 4 to 5 people can produce up to 17 litres of water a day. This can be from drying wet clothes on radiators or using the tumble dryer, having hot baths or showers, boiling kettles, cooking and of course breathing.

When the heating goes off at night the air temperature inside the house drops. This cool air cannot retain the same amount of water vapour as the warm air, and when the warm air comes into contact with a colder surface, such as an outside wall or window, it will deposit the moisture it cannot hold onto that surface. This causes misted or streaming windows, and in extreme cases walls that are wet to the touch and black mould growth.

Condensation is most common in the colder months of the year when the heating is turned on and windows are kept shut.  It will also occur if there is a lack of ventilation in a property particularly in rooms which generate a lot of moisture, mainly bathrooms and kitchens. Property layout, living habits, number of occupants and insulation can all effect condensation levels.

As well as being unsightly and creating an unpleasant smell, mould is damaging and can be costly when it causes premature redecoration or replacement.

Mould growth is most commonly black, but may appear in various shades of green, yellow, pink, grey or white. It will form on any surface where it can find a good source of moisture and organic matter. The water (condensation) is readily available as its food source, together with any organic matter such as paint, plaster, timber, clothing, leather, which are all common hosts to mould spores.

In some cases the mould may be a health hazard. It produces millions of spores which become airborne and can then create respiratory problems and distressing allergic reactions for householders in frequent contact with them. The rooms which are affected may smell ‘musty’. Wardrobes may contain leather shoes, belts, coats and other items which can be ruined by mould growth.

Every house has dust mites as they live on the dust which comes from our skin. They leave droppings wherever they go, and the enzymes contained in the droppings can cause asthma and other allergic reactions.

The variation in infestation does not depend on cleanliness alone; it is greatly affected by the levels of moisture in the house. Warm, moist homes that lack ventilation; the exact climate that causes condensation, is a perfect breeding ground for the dust mite.

Other symptoms of condensation can be peeling wallpaper, crumbling plaster, spoiled paintwork and discoloration of carpets, curtains and furniture.

In its less serious form, condensation may steam up windows and mirrors. In more severe cases, it can be absorbed by surface wall finishes and underlying plaster, which can cause dampness, although the under-lying brickwork or masonry will normally be of relatively low moisture content.  Left untreated in a property, condensation and the increased moisture it creates in the air can lead to a range of problems, such as:

OUR SOLUTIONS AND PRODUCTS

Our most successful cures for condensation are Drimaster and Flastmaster units. These are from our range of positive pressure units and humidity controlled extracts, which actively introduce tempered, filtered air into the property creating a slight positive pressure and total air change every 45 minutes or so. Moisture laden air is expelled through the natural ‘’breathing holes’’ found in all properties.

With both of these products we offer a 60 day money back guarantee subject to the terms & conditions contained in our quotation and order form, and a five year manufacturer’s product parts warranty.

Contact us today to book a survey and we will provide a report and quotation, outlining which products are suitable for resolving the condensation problem in your property.